When you book with an account, you will be able to track your payment status, track the confirmation and you can also rate the tour after you finished the tour.
Sign Up

Or Continue As Guest

When you book with an account, you will be able to track your payment status, track the confirmation and you can also rate the tour after you finished the tour.
Sign Up
392

Don’t hesitate to leave a message. We are happy to talk with you.

Khanderi and Underi are the forts built on two Islands near Thal, very near to Alibaug. The forts still stand proud in the Arabian Sea as they stood against the British and the Siddi in the 17th century, and their walls are still intact. We can see the iron canons with cartwheels on Khanderi, which are rarely found in Maharashtra.

So, Let’s be out there amidst the sea and witness the two gigantic fortresses at Alibaug. These forts are a prominent address for many ships that enter Mumbai harbour. This destination is one of the best ways to beat the heat and soak fresh air at the sea islands of Alibaug.

Forming a heart-shaped island, Khanderi Sea Fort is one of the prominent and intact landmarks built during the great Shivaji Reign. The remarkably constructed light-house and a few canon remnants to speak of the historic glory.

As we sail towards Khanderi from Thal, we can clearly see the walls and the Light-house on the fort. The island has two mounds, on north and south. The jetty on the fort is in the central part between these mounds. There is a canon buried near the tourist entrance. As we get on the fort, we can roam about by following a trail along the ramparts. Following are the distinct places on the fort

1. The Temple of Vetala
2. The ramparts and the canons with cartwheels
3. Lighthouse
4. The Metallic rock
Once we start from the right side on the Jetty and complete our round, we again come to the front where we can see an amazing rock. When struck with another stone, it creates a noise like a metal vessel and is a very unique thing.

Underi (also called Jaidurg) is a fortified island near the mouth of Mumbai harbour south of Prong’s Lighthouse. It is a companion fort to Khanderi fort and currently lies in Raigad district, Maharashtra. Underi is smaller than Khanderi. The fortification was built by Kahim of the Siddi in 1680 CE.

There are two low-height hills on the Underi fort like a Khanderi fort. There is a total of 15 to 16 canons on the entire fort. Also, there are three water tanks on the fort but water is in not useful for drinking. There is a very small door in the fort walls while going out from that door can be seen the fortification of the fort and the bastion of the fort.

These islands of Khanderi and Underi served as one of the landmarks for ships entering Mumbai harbour.

The Kolaba or Kulaba Fort (or the Alibaug Fort) is an old military fortification in India, now turned into a popular tourist destination and a protected monument. Constructed by Shivaji Maharaj, the Fort was chosen by him to be one of his chief naval stations.

Kolaba Fort is a sea fort built by Shivaji Maharaj in 1652 in the Alibaug Beach of the Arabian Sea. The fort has a height of 25 feet and is at a distance of only 2 km from the Alibaug Beach shore. The most interesting feature of the Fort is that despite being a part of a saltwater body, the fort has a fresh-water well. A temple dedicated to Lord Ganesha, built by Raghoji Angre in the year 1759, is also present in the Fort premises and is still worshipped by the fishermen from the area. The fort also has temples dedicated to Mahishasura and Goddess Padmavati. The Alibaug Beach, Versoli Beach and the Akshi Beach are also located nearby and are the pristine, quiet ones.

There are carvings of animals and birds present on the fort walls. Carvings of animals like tigers, peacocks, and elephants can be seen on the entrance arch. Close to the gate, there are temples of Padmavati and a Mahishasura and other gods along with castle’s main deity.

23:00
Please reach your pickup point and meet with SG-Trekkers representatives to mark your attendance.

23:30
You will be transferred by private bus to base camp or the starting point of the trek. 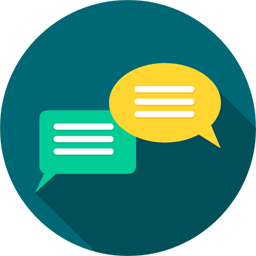